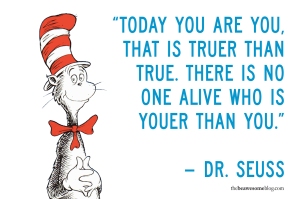 The holidays are just around the corner and many of us who have faced a loss can struggle with missing  tradition, family moments, and having that someone special to share it all with.  Well, would you think me weird or crazy if I told you that what I seem to be missing most is something that I never really had?  Yes it sounds strange, but I have a feeling it happens more often than not.

OK, now here is where it get’s really goofy.  I miss words…..yes I said words.   A writer who misses words, go figure.  In my mind they are not just letters formed together that sound good; yet they will seem simple to anyone who isn’t me.  During my marriage, my ex and I had totally different schedules, he worked and I was a Domestic Goddess, or Household Engineer.  His schedule was more specific than mine and he needed to be up very early most mornings.  I on the other hand, arose a bit later and by the time I was getting up, he had already left for work.  I cannot begin to count the times I would hope that we could awake together and there were even days when I planned to be up when he was, but he was an early riser and always seemed to beat me to the punch.

I never in a million years thought that I would long for the moment when I could awake, look over at the person I loved and say “Good Morning”.  Sure, I’ve said that phrase many times before to a lot of people, but for me in the context of arising in the morning and looking right into the eyes of my love, it takes on an entirely different meaning.

I would like to cite an example of how that phrase could take on an emotion or notion.  Bless his heart, Robin Williams is very well-known for the movie Good Morning Vietnam.  It’s a comedy, it’s somewhat fictional, and we all laugh when we watch it.  I’d like to ask, have you ever taken a moment to think about how some of the soldiers would have felt when they heard that phrase every morning during his broadcast?  They were all away from family, they were longing to be home, to see, feel and touch their loved ones.  To me that phrase was their hope.  When they heard it each dawn, it was another moment that they had survived and took them one day closer to the end of their tour.

So here is why I was called weird today.  Ready?  Well I attach a romantic emotion to the phrase “Good Morning” as well as “Good Night”.  I’d like to say I’m saving it for that special person or the special moment when I am blessed to look over as I awake and be able to mutter those two simple little words.   I refuse to use them loosely out of politeness because they mean so much more to me, and if I’m weird because of it then that’s OK to.

Here is your homework, think of something, it can be words, items, colors, music, anything just pick a noun, but one that is important to you but may seem weird to someone else.  Then share it here and show all of us out there how one simple, strange, weird, or odd thing means the world to you….. I DARE YOU to be weird with me. 🙂

5 thoughts on “Be Weird With Me…I DARE YOU!”

Personal information will not be sold or traded or used for any other purpose than to communicate with you regarding your story. Please understand that by providing your story you are hereby acknowledging that your story may be used in connection with a future book or a future writing authored by this site and it's current administrator.